The Home of Woodridge Athletics....Go Bulldogs!

Update: Coach Hampshire will be presented with his award on 10/25 at 9am at the annual OHSWCA State Coaches’ Clinic at The Ohio State University.

Congratulations to Woodridge High School wrestling’s Jon Hampshire!  Jon has been named the 2018-19 Ohio High School Wrestling Coaches Association Assistant Coach of the Year! Each year, the OHSWCA awards one Assistant Coach in the State of Ohio with this prestigious honor.  The award will be presented to Coach Hampshire at the Ohio State Wrestling Clinic.  By receiving this award, Coach Hampshire is Ohio’s representative for the National Wrestling Coaches Association (NWCA) Award of the same name.

During Coach Hampshire’s time as an assistant coach, he has helped coach 26 league champions, 27 sectional champions, 5 district champions, 33 state qualifiers, 10 All-Ohioans and 2 State Champions. He also coached the school’s first and only team in the OHSAA State Duals tournament Finals in 2017. 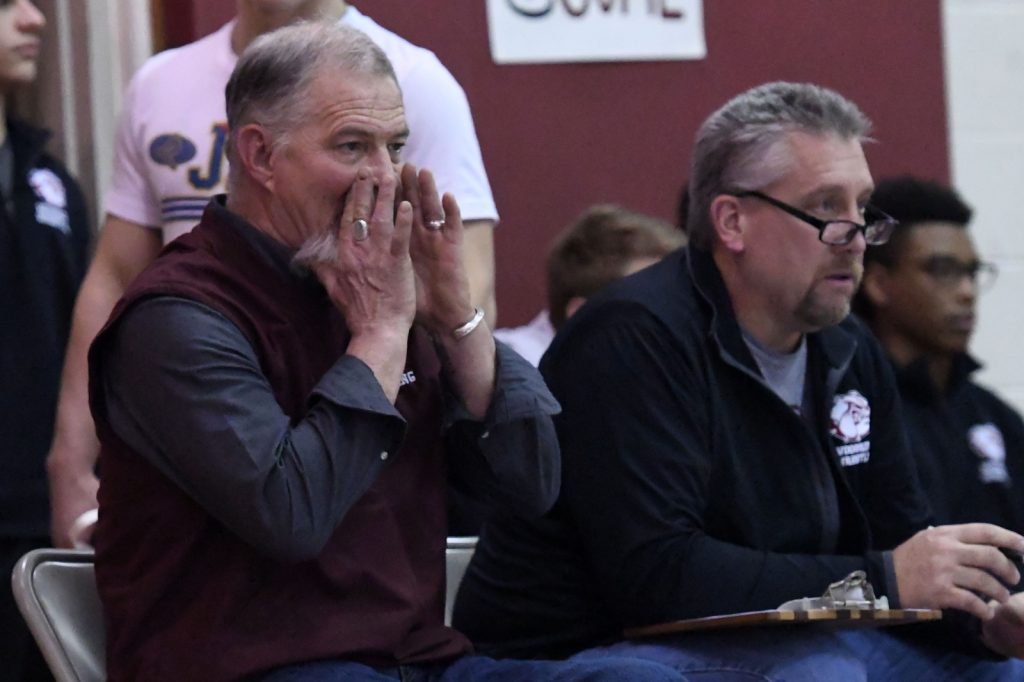