The Home of Woodridge Athletics....Go Bulldogs! 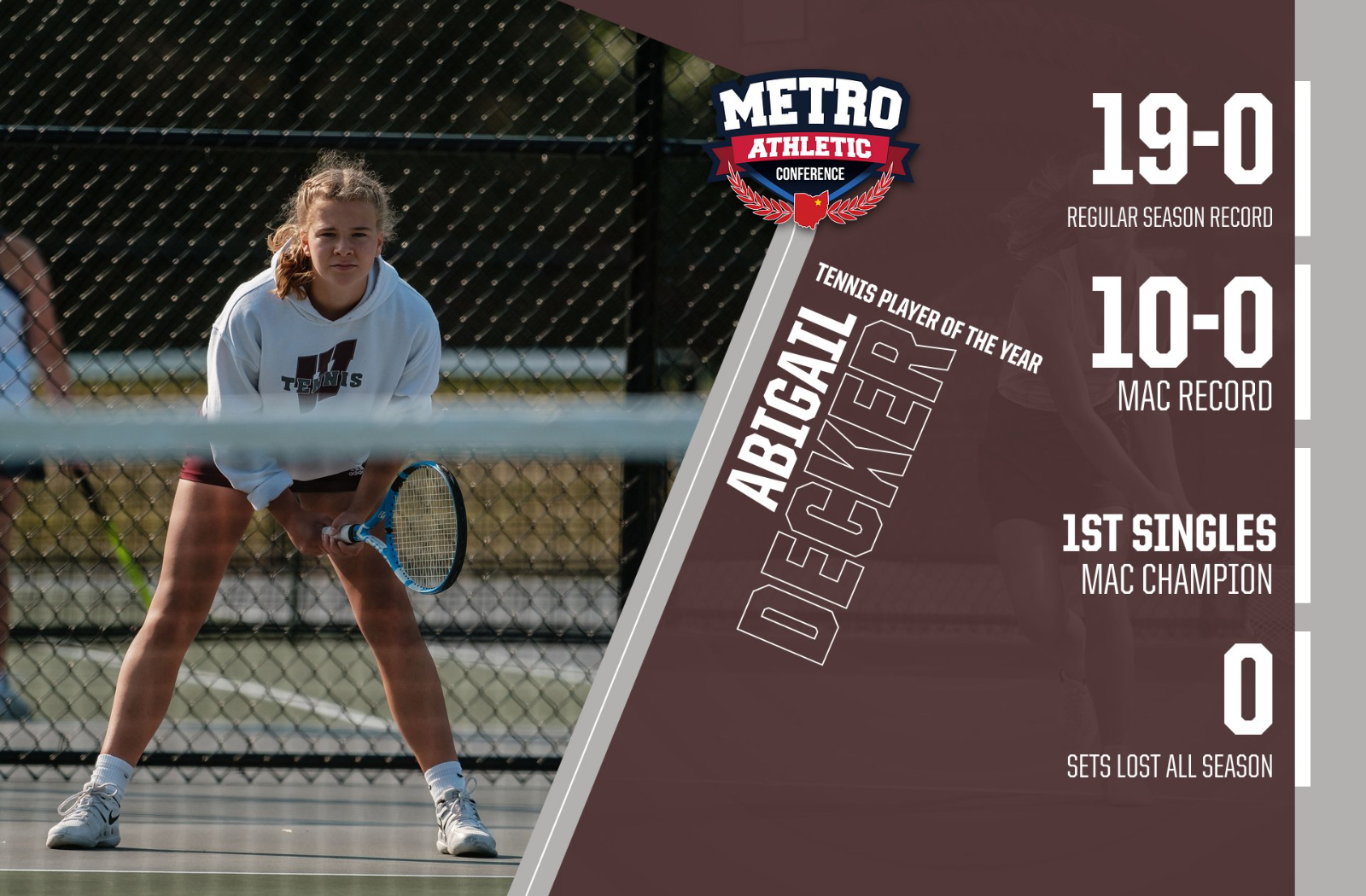 The 2020 girls tennis season has been a historic one at Woodridge High School.  The team earned its first ever league championship, after finishing a perfect 10-0 in the regular season.  On top of that team honor, Sophomore Abigail Decker has been named the 2020 Metro Athletic Conference Player of the Year in the sport of girls tennis!  Some highlights from Abi’s season are below!

– Abi’s MAC record this season is an undefeated 10-0 in regular season, and her overall record is 19-0.

– Abi did not drop a set to a single opponent

– Abi took 1st place in MAC championship tournament in 1st singles flight, also not dropping a set to anyone.

– Abi only gave up 31 games in MAC regular season to her opponents during the whole season.

Congratulations on a great season Abi!